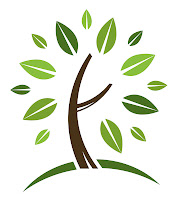 My Eczema (random rash) has been with me all my life. It used to be really bad in high school and thats why some people called me Patch work…because my skin was sooo patchy. Eczema comes and goes as it pleases and I never really knew what triggered it. Sometimes I think it is the soap, sometimes the food, sometimes the perfume, or just my stress levels. And just when I think I have grown out of it, Eczema comes back to say HOWZIT. So after seeing many doctors,avoiding so many different foods and trying many different creams all my life, I decided to go to a Homeopath. The whole journey took me way back not only in the foods I ate but the emotions I felt with dealing with eczema.

The homeopath explained that before I could start seeing any positive results I needed to set 5 solid foundations. I thought I would share it with you because it applies to everyone…not just us eczema peeps.

So although I thought I was healthy, most of the food I was eating was dead food. When you eat a majority of dead food your body ph becomes acidic and you start getting side effects like gout, kidney problems, liver, eczema ect because your body is trying to balance it. Anyways after I had fully understood the 5 step foundation it was time to do the food tolerance and organ test.
﻿﻿

People the whole homeopath process was soooo fascinating! I had to hold a metal object in one hand and he pressed on pressure points on my other hand. But as he pressed the pressure points a graph would appear on the computer illustrating whether each of my organs were weak, healthy or stressed. I was shocked to find out that my liver was both weak and stressed and wasn’t surprised to see my skin stressed. I was told that it was most likely due to the foods that I am eating and then he proceeded to test various types of foods.

I thought the organ test blew me away, but the food test was  “Mind Blasting” (with a Russell Peter accent)!  As he selected a food, a graph would show and I would pray it was safe…. I would give a air punch of joy as he went through my favourite fruits, meats and starch (rice). After about 100 different food tests we discovered that i struggle digesting, whole wheat, sugar, CHICKEN, peanuts, all dairy, coffee and rum (lol the last one I made him check ….lol just in case). IMAGINE! I reflected on all those chocolates, cakes, yogurt breakfasts….

So since I have been eating all these foods all my life my digestive system has struggled to break them down and thus my liver has been stressed getting it out of my system! (I concluded that and I think that makes sense). I felt like a weight had been lifted off my shoulder. NOW I KNOW! The doctor gave me some herbal liver cleansing stuff and some fowl smelling cream…..which he warned me that my husband will hate. Even though I was told it would get worse before it got better….I thought the worst was over…I was now on the path of recovery….. I could deal with another week of eczema…..So I thought!

And 3 days later….my skin  had turned my selfesteem into a complete wreck! It all struck me while Avon and I were sitting in the car outside church. My skin had been the worst it had ever been since I was in high school. I was also irritable, anxious and not myself. A wave of my high-school skin issues just came over me…the feeling of people looking at me and asking me “what is wrong with your skin?” I thought I had gotten over all this, I thought I could deal with this….but my walls all came crashing down???

As Avon tried to encourage me to go inside….he reminded of when my mom used to beg me to come somewhere and I would put up such a fuss because my skin was bad. The fact that my skin was visibly bad (head to toe red with blotches everywhere) my heart just felt defeated. And because my heart was defeated I was irritable and moody. And I felt bad that Avon had to be the one to deal with me. Apparently my mood swing wasn’t so bad but I knew the frustrations that were boiling up in me and I didn’t like it …it wasn’t me and it wasn’t who I wanted to be. So I apologised to Avon and sucked up all the courage to walk into Church.

As we sang I could feel my eyes swell up with tears because I knew I had failed. I knew I had let my outside appearance try to define me and it wasn’t right. I had dugg up an old wound that had healed long ago.  I was still Kanya….so what if I had a bad skin day! That wasn’t what God saw or sees in me! And right there in the church I was brought back down to earth. I was humbled in my situation and it was as if it was a new day and I was me again. Maybe this Homeopath therapy will work…and maybe it won’t. Only God knows!