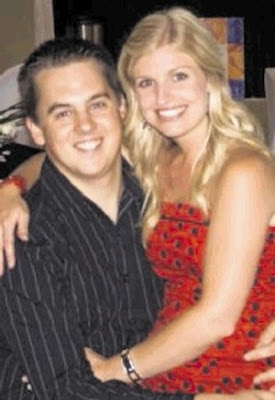 Hi Bianca Warburton not sure if you remember me, but we sat next to each other at life group…two nights before you died (a year ago). No worries if you don’t remember me. .. It’s all cool. Avon and I know Clifford your husband pretty well. Well since it is your birthday today and it is over a year since you have been gone I’d thought I would dedicate a blog to you because you were a super amazing person.

Avon was at work when I got the message “Pray for Clifford, Bianca has been shot dead by an attempted hijacking.” I was alone at home doing the ironing and the message cut my heart like a knife. Bianca I didn’t and don’t know how to deal with death and couldn’t imagine ho Clifford was doing. I ran to my bedroom and fell to my knees crying to God. Why, Why, Why…why had he taken you? You were such a kind person, pure and God fearing. I just couldn’t understand.

Then God reminded me of the vision you shared with us during a prayer session. You had a vision of a little boy on a white horse going into battle. Your vision is still clear in my mind. You sensed that the boy was struggling to hold his sword to fight…. You interpretation was that God is the horse and he will take us into battle…but we still have to fight. A lot of people in that prayer session related to it. But to me you were not only talking about the present battles but the future battles that need to be fought here in Johannesburg. Which I believe is the battle of the hearts of people which is between Good and Bad. My racing heart then slowed down and I began to understand that your plan is so much bigger than I can understand.

At your memorial I went into a deep trance of thought. The song Malibongwe was playing and I envisioned you dancing. They told me you were such a good dancer. In my mind your spirit was dancing through the church. It was so beautiful…more beautiful than I had ever sensed a dance before. I then put myself in your shoes. Not that I was kind, pure and God fearing. But what if I died…was I ready….did you know that it was your time? Would everyone I love know I love them? Have I said enough, done enough… those kinds of thoughts? Because as I learnt more about you I realised that Wow you were amazing. You had done a lot. Sho when I heard Clifford talk about you (yes your amazing Husband) I couldn’t control my tears. I felt his pain as I pictured Avon in his shoes.. the pain of losing the one you love. 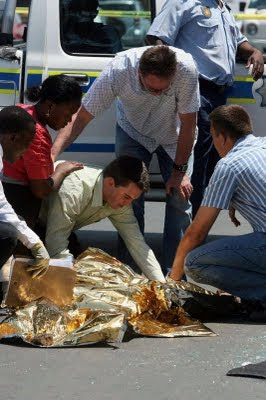 But Bianca I just wanted to thank you. Thank you for living your life and only fearing God. You were a helping hand in a township that most of us would never venture into. You saw past the crime and dirt or black and white. You used Gods gift in you to the fullest and were never afraid to show it. And as your murders go on trial I pray that their hearts get won by Gods love. That they see what they have done and they change for the Good. I pray that Gods goodness ripples all over the city of Johannesburg and that we win this terrible war for Gods Glory.