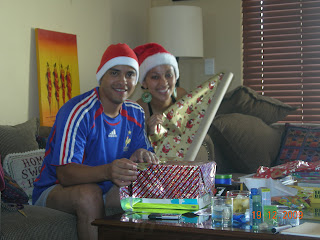 Once again Avon and I had planned for a last minute Christmas vacation away. We thought it would be fun to catch the Greyhound bus up to Zimbabwe and just stay there for a week. But alas the bus tickets were fully booked and Avon and I were not prepared to drive ….let alone spend hours waiting at the beitbridge border. So since that was scratched out we thought we might as well save our leave time for next year and go to Swaziland for the Christmas weekend.

The drive to Swaziland was amazing as usual. This time Avon and I caught a ride with Reagan and Maita…who were also spending Christmas in Swaziland. We woke up with a bit of a struggle at 3.30am and met Maita and Reagan at 4:30am. Now we had a bit of a logistics problem coz all of us were carrying gifts that had been carefully wrapped up that week. Now imagine trying to pack all these wrapped gifts into a small car with all our bags in it too. We debated on going in two cars but as we started calculating the time and c
ost required we thought one car would be fine…it was too early for such deep thinking. Anyways by 5am we had said our road trip prayer and were on the road to Swaziland.
As planned we managed to watch the sun rise. But it wasn’t as spectacular as we thought it would be. The air was so full of smog it felt like we were on some strange planet and the sun was some other solar object that wasn’t functioning well. The more I tried to gaze at the sun rise through the thick smog, the more I began to worry about the air conditions of Johannesburg. The landscape is flat most of the way to Swaziland but there are about 2 main visible coal stations that fill the air with pollution. We saw a silhouette of about 4 smoke towers. The grey/orange sunrise made the towers look like a piece of art. Which just felt wrong….coz it was clearly disgusting. The previous week I had to go to the doctor bec 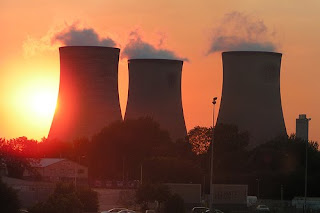 ause I had had an allergy attack (rash all on one arm and sinus blockage). The doctor told me that the weather had been so bad that people who haven’t even had asthma are now getting symptoms. YIKES these model like towers were probably contributing to it all. This Smog sun rise was proof that the air we were breathing in was terrible and confirmed the doctors reasoning that…THERE WAS SOMETHING IN THE AIR. In my day dream I just thought…..”Thank God we are going to Swaziland for Christmas. I am going to breath in all the fresh air I can.”
We only made one pit stop at the Ultra station in Middleburg. It was still early in the morning but the station was so dirty it looked like a hurricane had passed through. There was litter everywhere, probably from the late night travelers the night before.
Driving the roads during Christmas is so interesting coz there are always these sketch cars on the road. These are the over loaded buckies that are clearly going somewhere far but obviously risking it in the car. We started counting how many broken down cars we could see. There were actually too many to think off.
We managed to get to the border in 3 1/2 hours which wasn’t so bad. As we were pulling into the border we heard that the border to Zimbabwe was so full that there was a line up of 5km. Imagine that 5km line up to get into Zimbabwe. Crazy! yet again another confirmation that Swaziland was the place to be for Christmas. Because we had woken up so early there was hardly any traffic on the road or at the border.