I pulled a Violent Ninja move on my Husband…..Eeek! I only went as far as orange belt in Karate…but this….This was BLACK BELT techniques! Does pregnancy make you a violent person? Is there something wrong with me? Well here is how my violent episode unfolded, exploded and downloaded.
and I got home from a great dinner out, but when we got home electricity was out and the whole place was dark and my fear instincts kicked in. I start imagining things that are not there..…shadows looked like strange men moving in a real Ninja movie. Mean while my flustered husband was in overheating mode needed a breeze in the house. But even though I knew this I still ask him if I can close the main door because I just didn’t feel safe (not admitting to the dark figures I am imagining). He refused but in a nice way, saying “nothing is going to happen to you babe.” But that wasn’t what I wanted to hear…. so I said fine I am going to bed then. 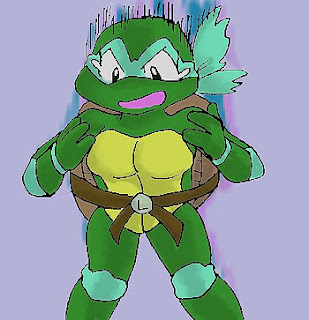 I went to the bedroom and as I started trying to get ready for bed my emotions and irritation levels started boiling, then I realised that my phone was on the dining room table. So I walked blindly to the living room not knowing I was in Ninja defence/attack mode. Mean while was walking slowly round the opposite corner towards me in super chilled mode. I walk right into him and get the shock of my life because now this dark shadow was actually MOVING.  Then WAPAW KIA  were the sounds of my Ninja FLYING SLAPS. Yup I slapped him twice and with Black belt intensity. With the second hit being a conscious vicious slap but I was so freaked out with myself that I didn’t know what else to do. He stood there in complete bewilderment…if you or I could have seen his facial expression I am sure it would have been priceless!
I stormed across the room blindly, grabbed my phone and went into the bed room with a heart racing faster than a rave beat and tears flowing and evaporating quickly off my, should be red, cheeks. I was replaying my thoughts, thinking if he could have just closed the door I would have been fine!!!!!
The I paused…could it have been my hormones? What is wrong with me? I have never really hit a guy except once and it wasn’t enough for me to think that I was a violent person. I had heard of scary stories of pregnant women bringing out knives and threatening ridiculous things. If anything, during this pregnancy, I was expecting to be a crier not violent Karate Ninja.

After 15 minutes of silence alone in the bedroom I decided to pray which brought me to my senses. But facing now felt super awkward…..I mean how do you confront someone after such an event. I really wasn’t in the mood for a fight and was kind of shocked at how the mood switched so quickly in a matter of minutes. I was actually embarrassed and didn’t know quite what to do…other than send an sms. Yup that’s right he was in the other room and I was so ashamed of myself that an SMS seemed the least shameful move to pull. I guess that’s the best thing you can do when you can’t face up for your actions.

Thank goodness he wasn’t angry with me just super confused. When we chatted the first question was “But I just don’t understand what I did?” I guess with pregnant women some things just can’t be fully explained. ….even you can’t explain it L. I think the tip is if you have no real explanation for your action you better just humble yourself and apologise. …and try not to turn into a Ninja again!